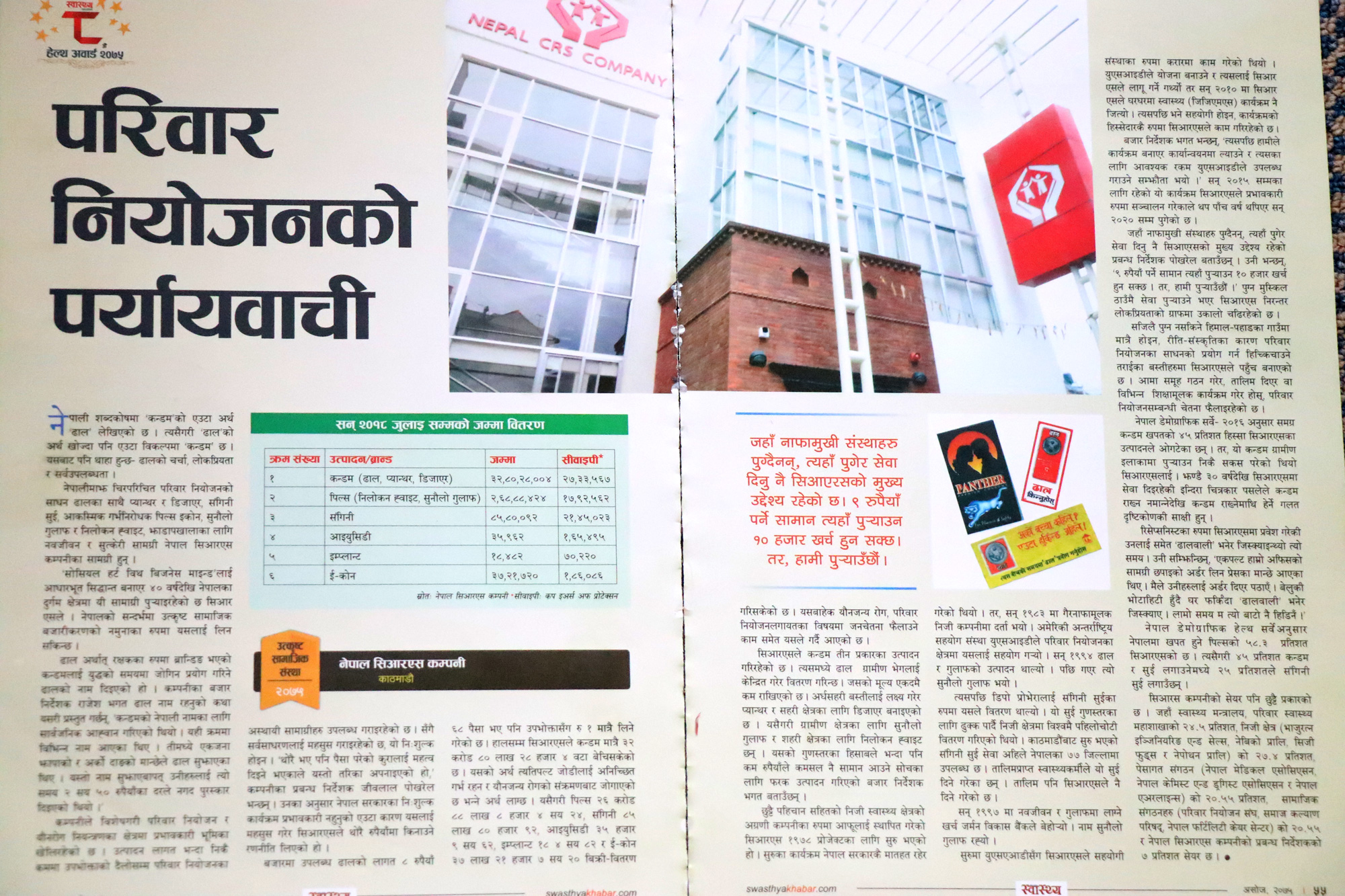 In October 2016, CRS was awarded the social marketing of CycleBeads program under the FACT pilot project of IRH, funded by USAID. The main objective of the project is to promote Standard Days Method (SDM) through social marketing of CycleBeads (Malachakra). The project is being implemented in two mid-western districts of Nepal- Banke and Bardiya. These districts were chosen based on CRS’ presence in promoting FP methods in collaboration with other IPs HC3’s and SIFPO.

CycleBeads is a color-coded string of beads representing a woman’s menstrual cycle. It helps woman track her cycle, identify the fertile and non-fertile days, and monitor that her cycles are in range for effective use of this family planning method. The target population of the project is married women in the 18-35 year age group, residing in semi-urban and rural areas.

The objectives of the project are to:
•    To expand FP service options through social marketing of CycleBeads (Malachakra).
•    Raise awareness among women on CycleBeads

CRS implemented the project based on the findings from the qualitative study conducted by FACT on acceptability and willingness to pay for CBs by women, men, mother-in-laws and key informants in Banke and Bardiya districts. As per the project modality, in Bardiya, CRS, through CCAs reached to the RAI beneficiaries with information and availability of CBs, while in Banke, CRS had collaborated with HC3 for demand creation. After the closure of HC3 project in April 2017, CRS is collaborating with SIFPO project for communication of CycleBeads through their RHFVs. Altogether, 76 Sangini service providers were trained to provide service on CycleBeads in the pilot districts.

Besides, CRS have been using IECs and promotional materials (radio jingles, TV scrollers and POP materials) for promotion on the same.

At the start of this project, IRH conducted a TOT for the USAID team along with the CRS management team, marketing team, Area Manager of Nepalgunj, Program Coordinator and Resource person/trainer. The main goal of the TOT was to build capacity of all the participants core staffs involved in the FACT project by providing them pertinent knowledge on Standard Days Method (SDM) with CycleBeads. The trainings were cascaded soon after the TOT and the further trained 76 Sangini service providers and 25 CCAs.

In July 2017, IRH also provided training on Pragati games to the CCAs of Bardiya and Knowledge Improvement Tool to the Program Coordinator.

Considering that only two months had passed since the launch in April, the sales of CBs are impressive. As of July 2017, CRS has sold a total of 312 units of CycleBeads. The target group received information through radio and TV scrollers especially in Bardiya. The visibility of the product through POP materials was as expected; also the counseling services were as per set quality criteria. To particularly reach Muslim communities, CRS will work in close coordination with FFN, a local organization in Banke that is providing counseling on FP and HIV prevention to the Muslim communities. 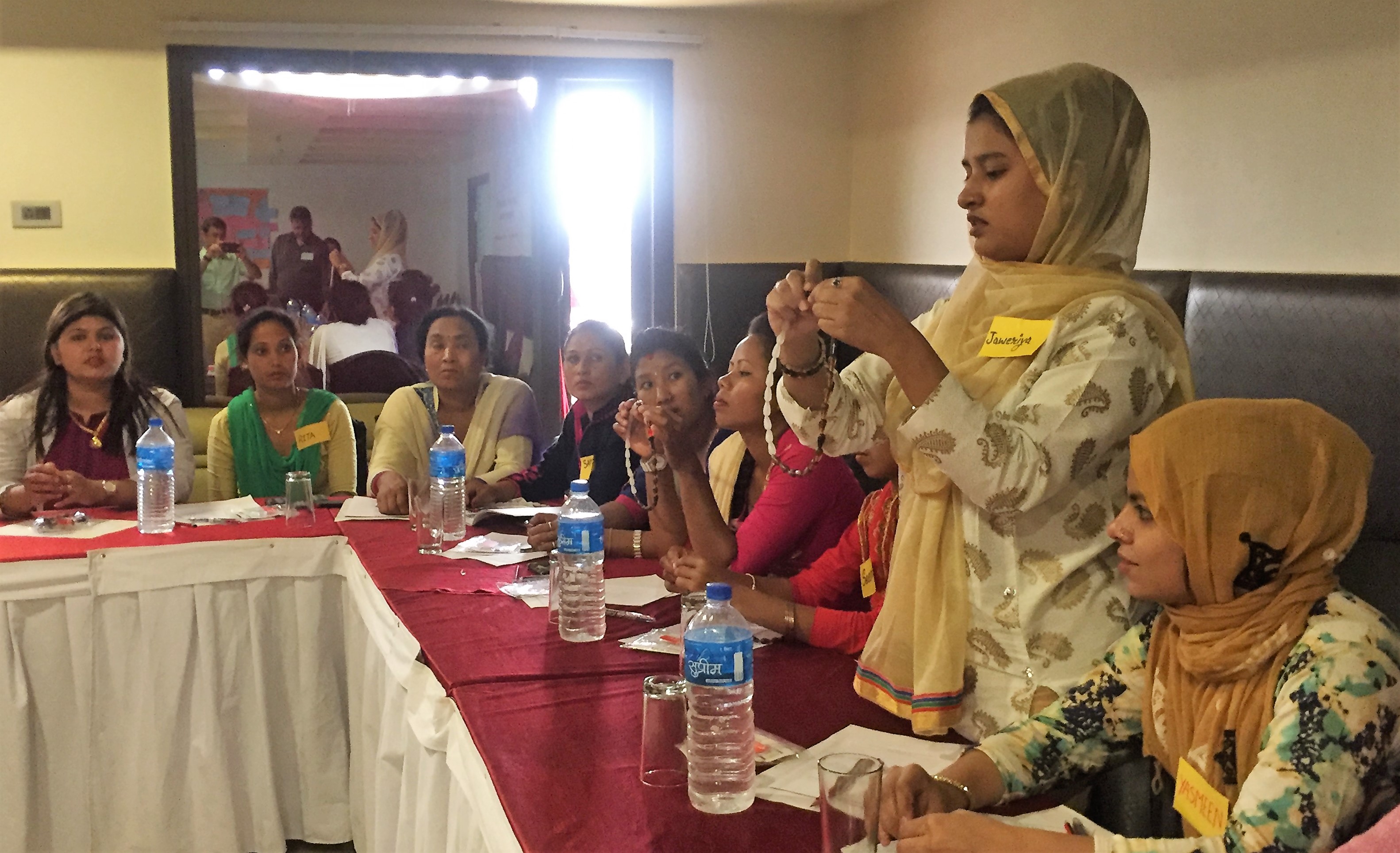